As the end of the year is close upon us I want to give an update on the state of Snipline. It’s been a quiet few months on the marketing side of things and the updates have been mostly minimal. I feel Snipline is in a good, stable place. The core functionality is there and bugs are rare.

With that said, I believe it’s time to bump the current version to 1.0. I plan on doing this soon with no manjor changes to the code base.

I’ve been quietly typing away at new version of Snipline. In fact, I’ve been testing a couple of implementations. One which had a more traditional three column layout, and another which is more of an improved version of the original Snipline.

At it’s heart, I want Snipline to be a small app that does its job well. The three column layout changed that dynamic, and although it was interesting to try, I didn’t feel it added much value but did take up more space on my desktop.

So what makes it worthy of a major version change? There are several libraries/frameworks that are used in 0.x that require major updates and refactoring. Most notably, Ember JS, which has since had their ‘Octane’ update. This offers better performance and more enjoyable developer experience.

Tailwind, the CSS framework used in Snipline, recently went to 2.0, and further to that I wanted to upgrade many of the components in Snipline to use TailwindUI as a base. The changes are subtle but not insignificant. 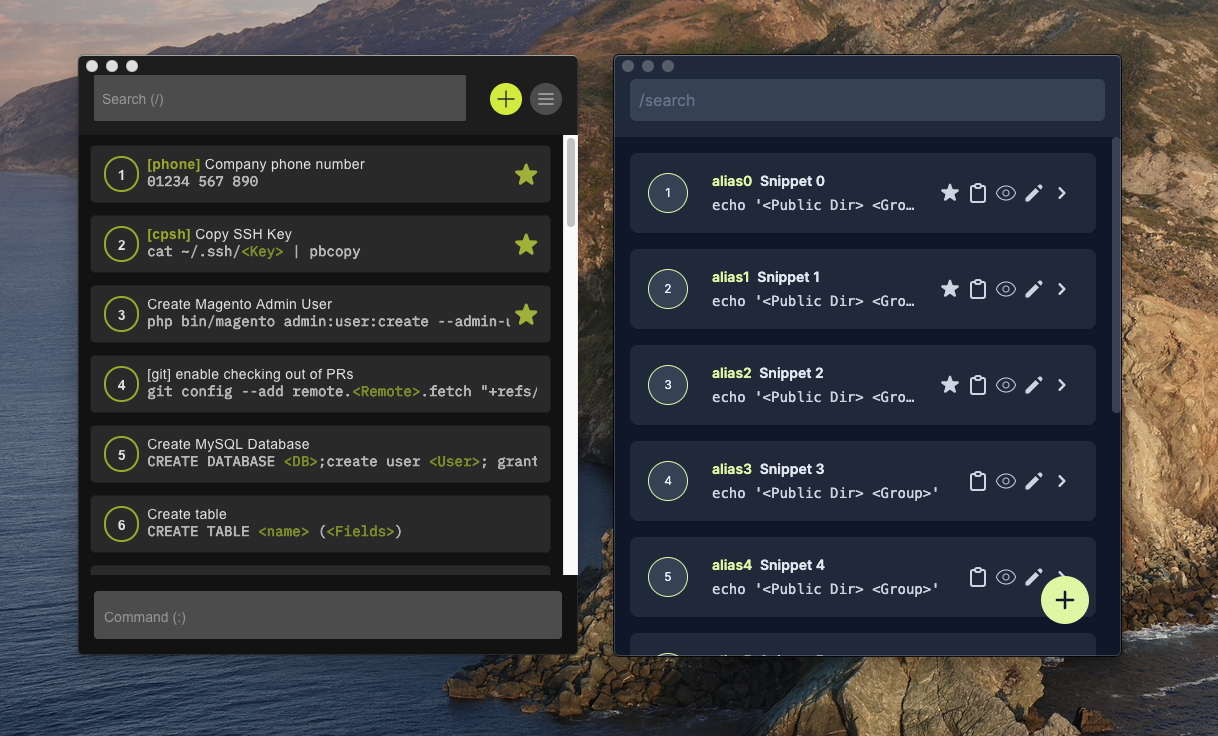 Finally there’s Electron. Snipline 0.x was my first experience with Electron. Since then I’ve had the opportunity to become more familiar with the framework and the ecosystem around it. With this knowledge I can make Snipline 2.0 functionally less like a web app and feel more native. This includes a new settings window, rather than having settings page within the main app window. 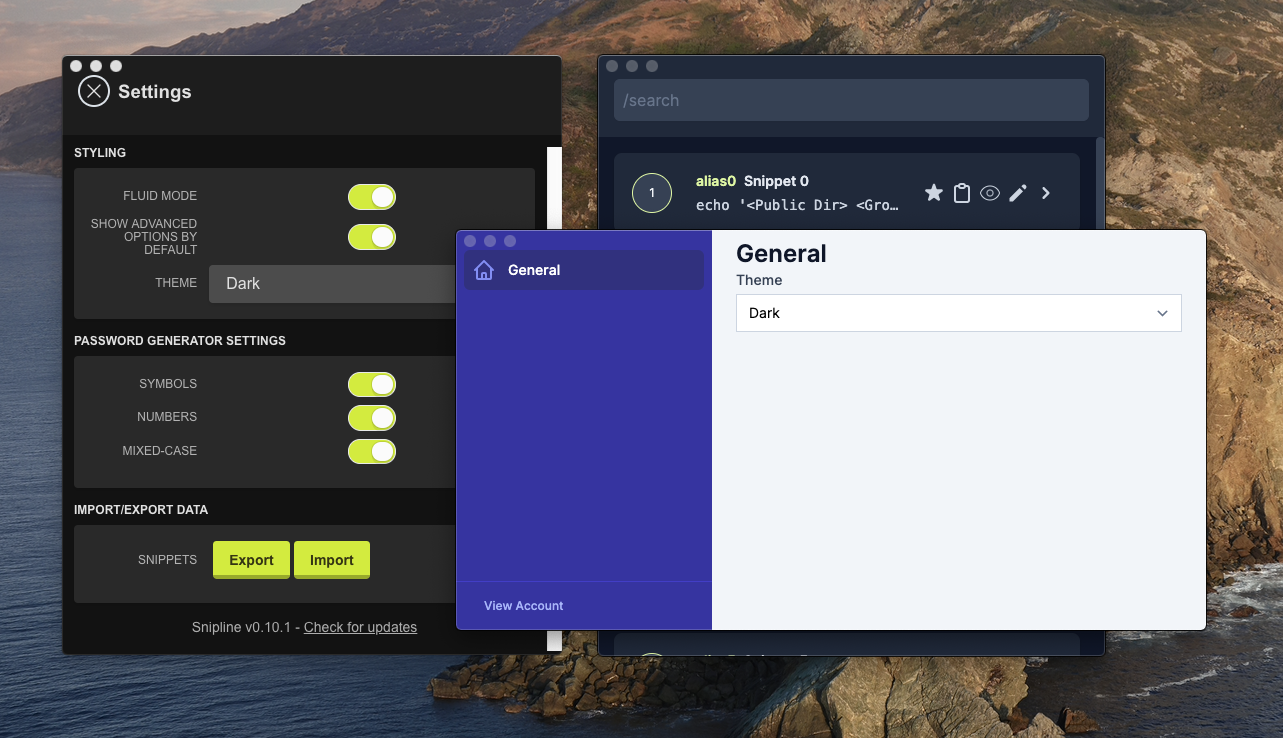 There is still plenty to do before I release an alpha version for testing. My plan is to get all of the core features from 1.0 working with a few new niceties, and then when I’m satisfied that there’s no bugs I will release it as a 2.0. Updates will follow semver as much as possible.

Snipline 2 will be a free, optional update for subscribers. If you prefer 1.0, that’s fine, you can keep using it.

2.0 will use the same subscription, and work with the same snippets. You can run both apps alongside eachother if you wish.

I recently had the pleasure of speaking with Balint Erdi, who wrote the book ‘Rock and Roll with Ember’. You can see the interview here. I touch briefly on the Snipline update, but mostly it’s about Ember JS.

I want to say a big thank you for all of Snipline’s subscribers! Our user base is admittedly still very small. But since making the payment changes from $18/year to the “pay what you want model” of $9/$18/$27 there’s been a significant increase in users. So, thank you! Hopefully next year will bring many more. 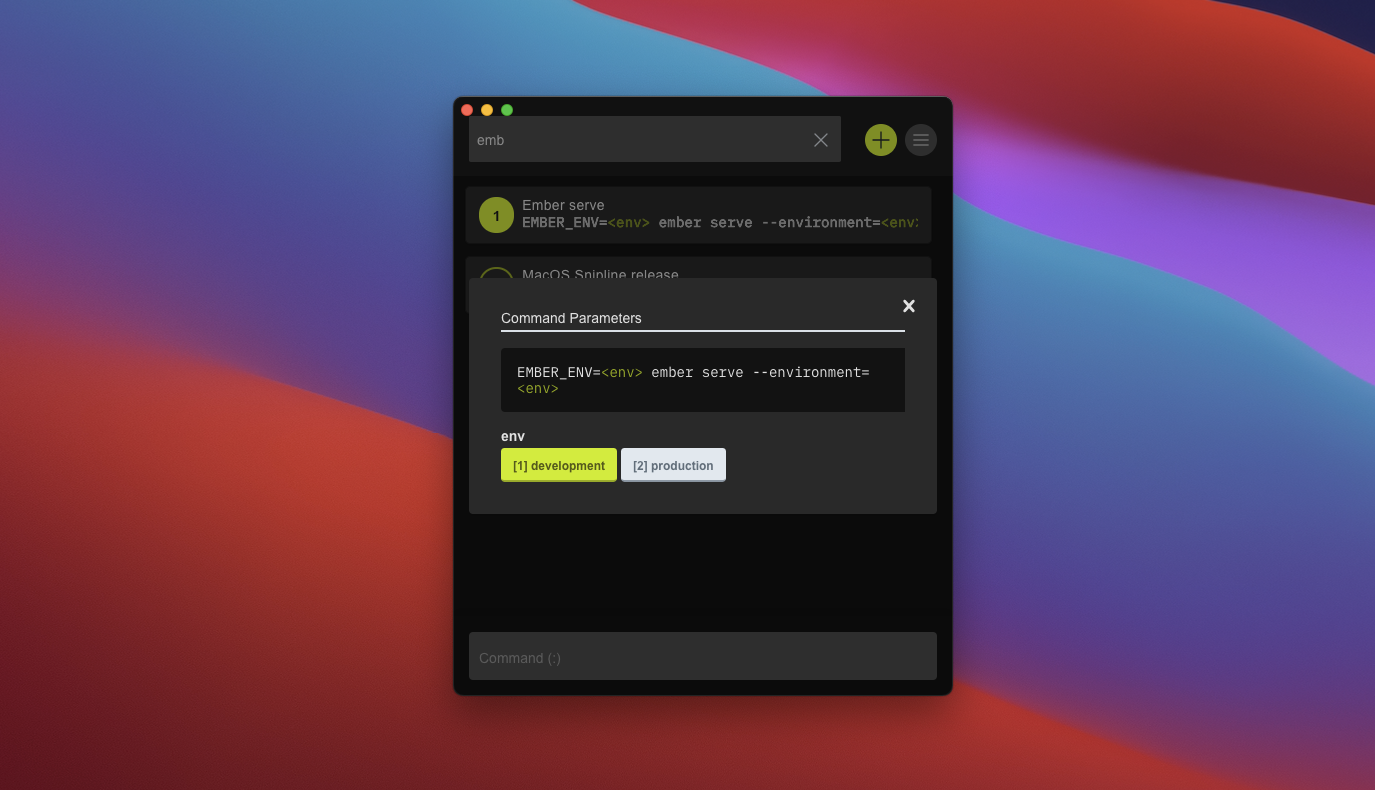 It’s been a long time coming, but 1.0 is finally here!