As you may know, we officially launched Snipline in February 🎉. I want to thank everyone who’s tried the app and especially those who have given feedback. It’s really nice to see others using and enjoying what we have worked so hard on.

Recent updates to the desktop app

I’ve held off on big updates since the launch while I concentrate on marketing, but I have made a few changes that mostly effect things behind the scenes.

The most obvious updates are that the Mac App now uses the transparent title bar which looks great. There’s also new keybinds and commands for favourite Snippets (You can now use p to open command bar for pinning, :p<number> to toggle pin a command, and :pa<alia> to toggle pin by alias. 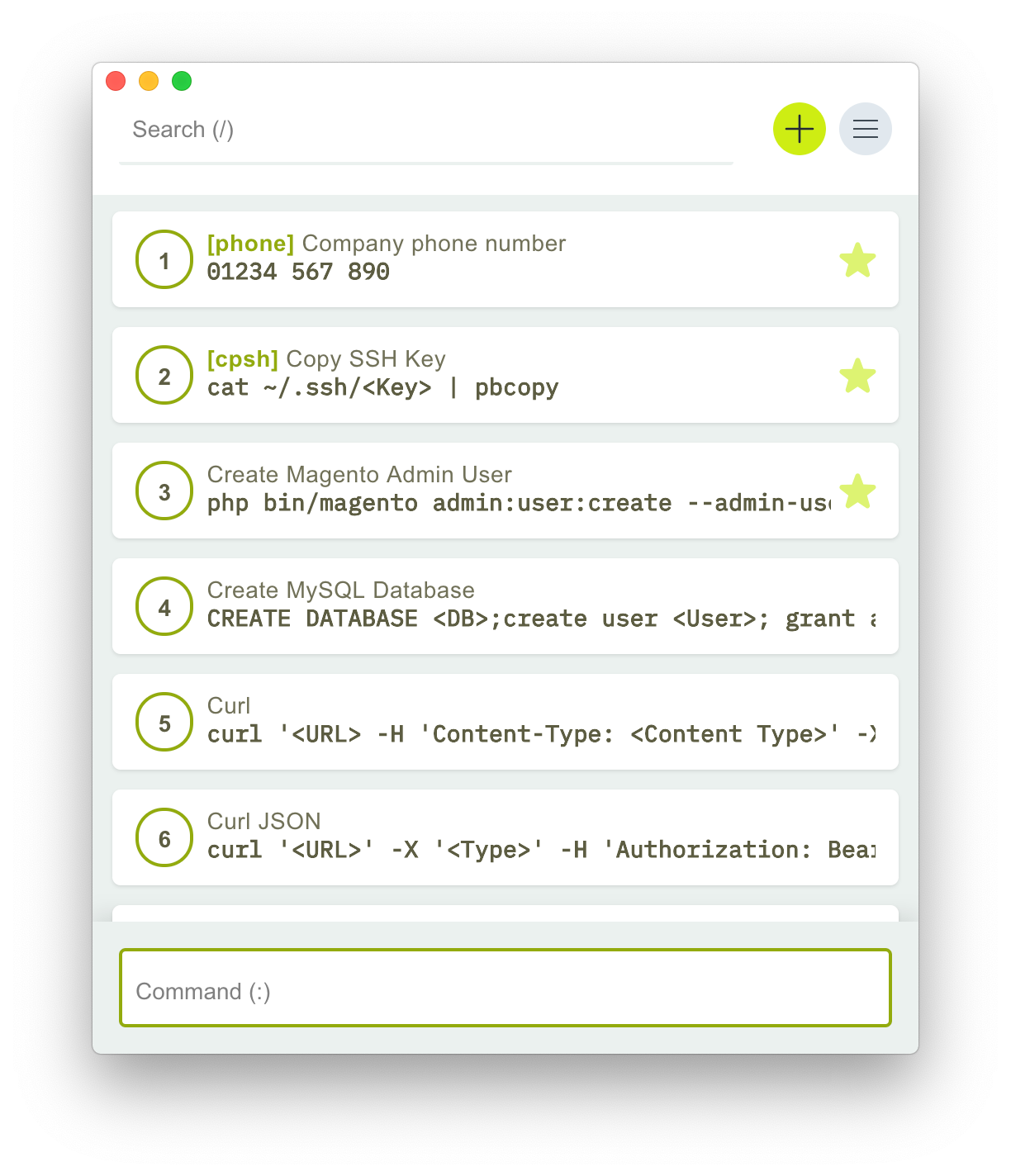 Behind the scenes, I’ve updated the version of Ember JS (It’s gone from 3.1 to 3.4 so far!), added fancy loading states, refactored code, and applied some bug fixes.

The new documentation website has just launched! You can see it at https://docs.snipline.io. Originally, the documentation was hosted on the blog, but I wasn’t happy with this for several reasons. It wasn’t easy to navigate, there was no search functionality, and it wasn’t going to scale well. As the ecosystem becomes larger with more apps and features these issues would only become more of a apparent.

Now the docs have a better navigation system, the ability to search, and they’re also Open Source, so you can run them offline or contribute to fix any typos.

The next planned update to the desktop app is a tagging system which can be used for search and filtering snippets. I’m also considering a special password variable that randomly generates a password when a snippet is copied to the clipboard. Is this a good idea? Let me know at hello@snipline.io or on Twitter.

We’re also working on onboarding for new users. The design for this is finished and so coding will begin shortly. Here’s a cool preview of what’s to come for new sign ups. 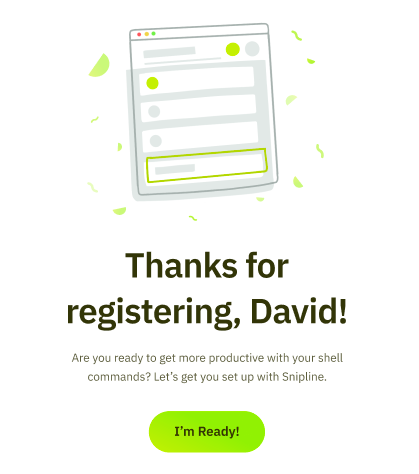 There’s something else too, and I think it’s super cool. A toolbar app native to MacOS, that would speed up workflow even more. The main advantages are having a customisable global keybind and not needing to switch between apps. It will also be super fast.

The most exciting part about this is that a lot of the code can be reused for the iPhone and iPad apps.

That’s all for now! 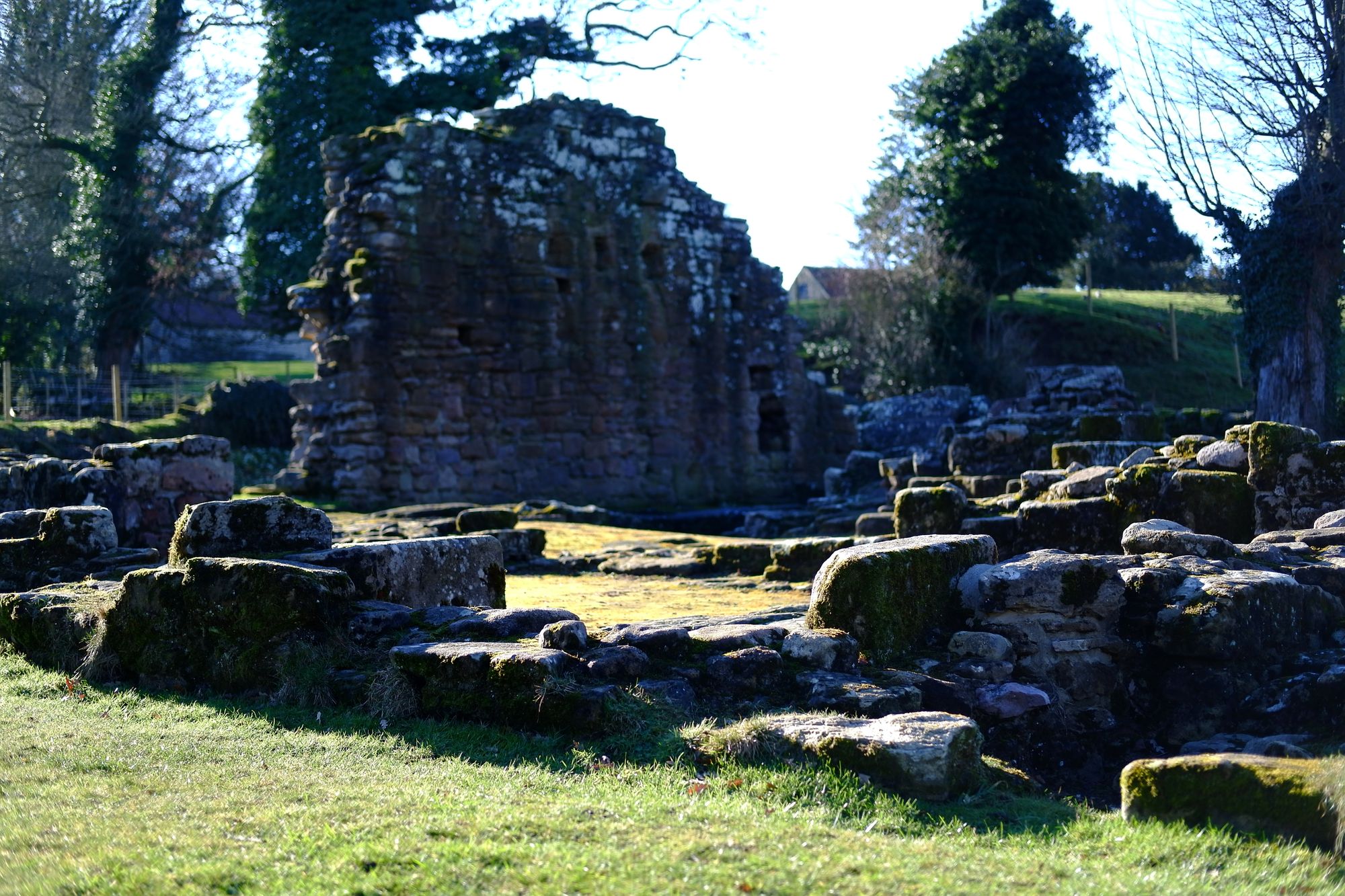 Late last year I came across a product called Inkdrop on Hacker News. There was just one person developing it and he developed it for himself. Takuya Matsuyama and the story of Inkdrop inspired me. It turns out, lots of other people like what he has made, too. People are 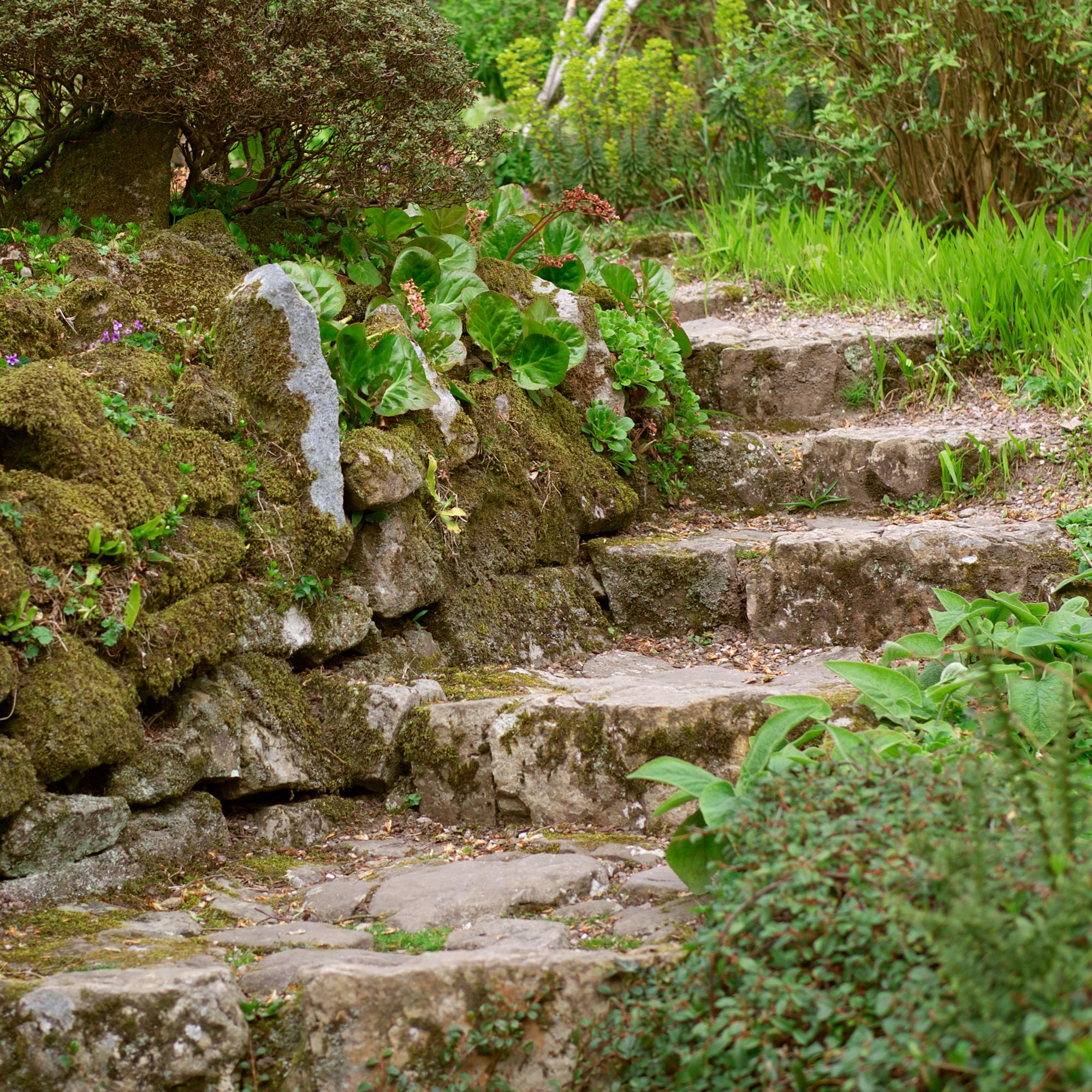 Snipbar releasedI’m pleased to announce that the second Snipline app, Snipbar, is now available for download. Snipbar is a menu bar app for MacOS with a number of benefits. It’s lightweight (About 5mb at the time of writing!), fast, works with dark-mode, has offline-availability, and a customisable global shortcut. You