Just a minor release today which notarizes the Mac App ready for MacOS 10.15.

Although small, this update is fairly important as without it Snipline will not be able to run on the new OS.

It’s been a mostly quiet month in terms of updates for Snipline due to holidays and various personal items that are keeping me busy. That said, I do have some things in the works:

I’d really like to get Snipline CLI to a point where it’s usable without Snipline so that I can push it as a free alternative. The fact that it can optionally sync with paid Snipline accounts will hopefully push more developers to be interested in the service.

Although it’s early days, I’m really excited by the idea of a plugin system for Snipline.  Being able to run code before and after a Snippet is copied, meaning that you could modify code output before copying to clipboard for specific circumstances, or even run Apple Script to run a command directly in iTerm (Or you terminal of choice). I think things like this would really push Snipline to the next level.

Anyway, that’s all for now! 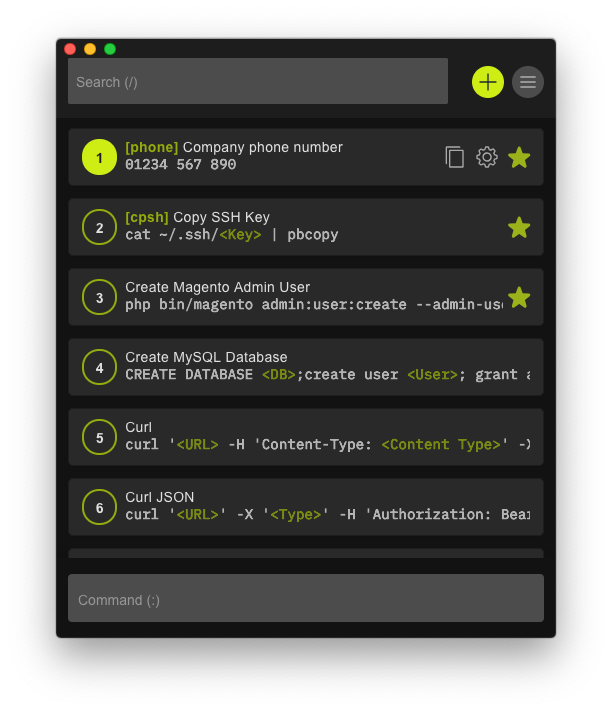 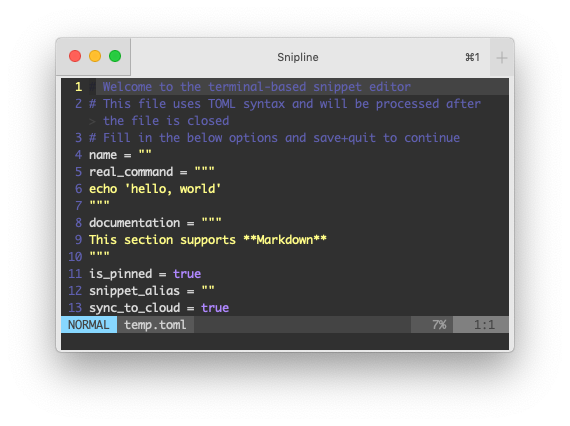 A big update for Snipline CLI released today which includes a few notable changes.New subcommand: snipcli newUsing the new subcommand to create a snippet from NeovimThe new subcommand, snipcli new, lets you to add new snippets from the text editor of your choice. This includes the option to validate